We are dedicated to ensuring that you receive the right level of professional support so that your private and business needs are met.

If you wish to contact us either Clive or Matthew will be pleased to hear from you. 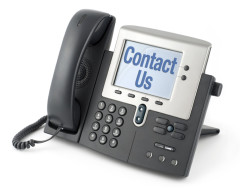 Clive first started in accountancy in 1971 and trained as a Chartered Accountant in the City of London.

Matthew has been a colleague of Clive's since 1985 and as Office Manager brings business, accountancy and computer skills that complement those brought to the practice by Clive.

Matthew qualified as a member of the Association of Accounting Technicians in 1989 and has worked in general practice since 1985.  He is responsible for audit and accountancy work, practice IT, computer consultancy for clients in need of assistance with accounting and payroll software and helping clients' produce monthly management accounts.

If you wish to make an appointment please contact us: